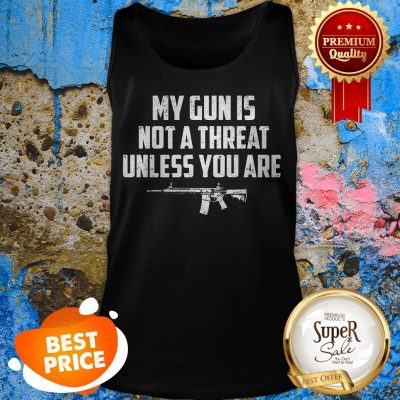 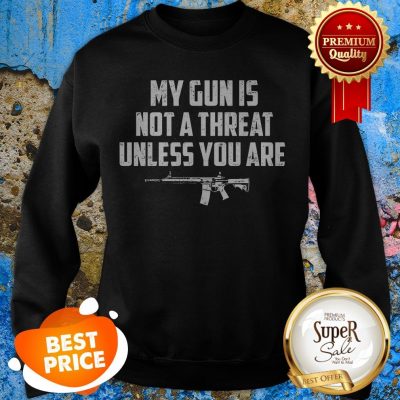 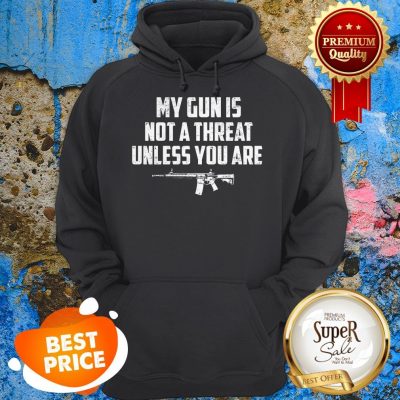 Anyway, I’m seeing lots of My Gun Is Not A Threat Unless You Are Shirt critique posts recently. By all means, go ahead, hold Bungo’s feet to the fire. But, I see one thing, a lot. Upon release, Destiny 1 was met with a mixed reception. Many people enjoyed the core gameplay elements but found its story, loot systems, and activities lacked depth. Loot back scaling. To anyone who didn’t know, for a few weeks on release, engrams could scale their tier when being unlocked. So, exotics could actually relinquish legendaries, legendaries could relinquish rares, and so forth. If you thought the pinnacle grind was bad, getting a blue hand cannon from a Nightfall boss would’ve given you an aneurism. PvP Balance pre TBD. Autos and fusions dominated. You’d better hope nobody on the other team had Suros, Pocket Infinity or Mythoclast, as they were 3 sure-fire ways of ruining your session. The Dark Below was generally accepted as a poor release, excluding Crota’s End (although wait for the next point) due to the extremely small amount of content.

My Gun Is Not A Threat Unless You Are Shirt, Tank Top, V – Neck, Ladies Tee For Men And Women

Crota’s End is broken and buggy all the way until the Age of Triumph in Y3. You can Solo the My Gun Is Not A Threat Unless You Are Shirt entire raid through a series of glitches and exploits. encounters would randomly not work, plus it felt more like a long strike than a short raid. House of Wolves. The short campaign, almost no new areas, people cry and whine about recycled content the entire expansion. Plus, no raid. Good luck trying to beat Skolas until either A.) You get a Gjallarhorn, or B.) Bungie nerfed the encounter. On that note. Gjallarhorn, Icebreaker, Sleeper, Black Hammer/Spindle. Do people think LFG elitism starts with Izanagi’s? No. Most raid groups would not accept people without Born. Born is a broken mess that ruins PvE. And Xur only sold it twice, meaning unless you got it to drop, you were fucked. Thorn and Last Word META. People act as though this was the golden age of Destiny PvP. It was not, it was the golden age of Destiny salt. These weapons dominated the sandbox from April until September of Year One.

Official My Gun Is Not A Threat Unless You Are sweatshirt, hoodie

Forums would constantly be railing on the stupid broken guns. Trials came out. People remember the life that Trials brought to the game. Most people don’t remember how Trials brought hacks, glitches, and sweats to My Gun Is Not A Threat Unless You Are Shirt the forefront of Destiny every weekend. Most people choose not to remember complaining about Lighthouse loot drops every weekend. Or dickhead strategies, like Final Round snipers, where a team of three fire off all their sniper rounds bar one, so they can body shot anyone, at any range, and then rinse and repeat until the round is over. (TBH I think Trials was a mostly positive inclusion to Destiny and I want it back, but this is a ‘remember bad stuff’ post). Do people complain that we don’t have enough to do in seasons and want DLC’s back? I guess you guys forgot that there were huge content droughts between releases. After HoW was finished? 2-3 months no new content. After the first Dawning with TTK? 7 months with minimal releases. Between Rising of Iron and D2? Only 3 seasonal events, all 3 months apart.